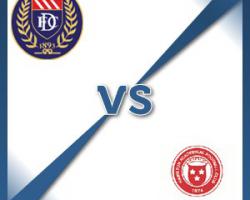 Dundee V Hamilton - view commentary, squad, and statistics of the game live.Double boost for DundeeDundee have signed Sheffield United midfielder Stephen McGinn on loan as well securing defender James McPake on a two-year contract extension.Former St Mirren player McGinn joins brother Paul in the Dens Park squad until the end of the season.The 26-year-old moved from Paisley to Watford in 2010 before joining the Blades 18 months ago.Dundee manager Paul Hartley told the club's official website: "I'm very happy to have Stephen at the club

He will give us something different and he's a player I've been impressed with every time I have seen him play."Former Coventry player McPake has committed his future to the Dens Park club until the summer of 2017.The central defender, who follows striker Greg Stewart in extending his contract this month, has made 24 appearances since joining from Hibs last summer.Hartley added: "I'm delighted that James has agreed to extend his contract

He's a huge asset for the side and he's shown this season how good he is."Having players like Jazza (McPake) and Greg sign up is a signal of what we are doing at the club

We are building a side that can be competitive in the top flight for many years to come."Hartley, who has loaned Jamie Reid to Elgin, welcomes Hamilton to Dens Park on Saturday and has warned his side not to be fooled by the visitors' four-match losing streak.Hartley, whose own team are enjoying a five-game unbeaten run, said: "We are under no illusions

All things considered, I think Hamilton have still had a very good season."It's had an effect with the manager leaving and there's been a lot of changes on the coaching side."That's what has happened there but they're a very good team as far as we're concerned and we'll be giving them every respect."We've always had hard games against them and I expect the same again on Saturday."They're a hard-working team with good quality and they've got key players who can cause you problems to we are well aware of that."Hamilton player/manager Martin Canning admits points are now more crucial than performances ahead of Saturday's trip to Dens Park.Since taking over from Alex Neil, following his departure to Norwich earlier this month, the 33-year-old defender has watched the Lanarkshire side lose four consecutive games to sit fifth in the table.Canning has been happy with performances - aside from a 5-0 thrashing at Partick Thistle - but has stressed they now need results.The former Hibernian player is hoping to have full-back Stephen Hendrie available although it has been reported he is in talks with West Ham, but new signing Brazil-born defender Lucas Tagliapietra, who holds an Italian passport, is not included."We could do with a win," said Canning

"If you look back at our performances, aside from the Partick game where it went completely wrong on the night, it has been decent."But we need to get a result, that is the most important thing

It doesn't matter about performances."It is a difficult place to go, we don't have a good record there in Dundee but it is something we are looking to change."After initially being appointed caretaker, Canning was handed the job on a permanent basis last week in a new management team which includes former Hamilton players, Chris Swailes, Guillaume Beuzelin, and Brian Potter, with winger Dougie Imrie taking over the club's under-17 side.He said: "The boys have been great since I came in

They have been as hard working and as honest as they have always been."Chris, Guillaume and Brian have given everyone a lift and training has been good."Now it is down to making sure we get the points."Tagliapietra, 24, who signed a one-year contract with the club, has played in Brazil, Hong Kong, Italy and Moldova.Canning said: "Lucas won't be involved

He came in on trial last week and did really well."He is something we have been looking for, another centre-back

He's big, good on the ball and with good stature."We have checked him out as best we could and - from what we have seen - we think he has an opportunity

He will play with the under-20s in midweek."